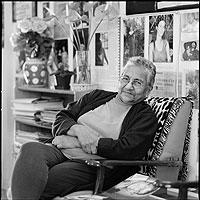 Awarded for: Outstanding contribution to human rights and the struggle against apartheid.

Phyllis Naidoo was born in Estcourt in KwaZulu-Natal in 1928 and from an early age was active in the Non-European Unity Movement (NEUM).

She was the daughter of Simon David, a teacher and principal. His occupation prevented him from being politically active but he was a ‘Methodist agnostic.’ As a result there were many interesting debates in the house and Phyllis developed a questioning attitude. From her early years her experiences did not allow her to simply take things for granted. When she was ten years old, her father took her to an Institute of Race Relations Conference in Pietermaritzburg at which she was to serve tea. At the meeting someone asked her to go and call the boy. She went outside and when she asked for the boy a very dignified, traditional Zulu woman confronted her. “The boy you want is my husband.” The woman’s regal presence made Phyllis realise that she had given tremendous offence and she was mortified. She was so upset that she sobbed hysterically for a long while afterwards. This incident awakened her, more than any event or speech at the meeting, to the evils of racism. 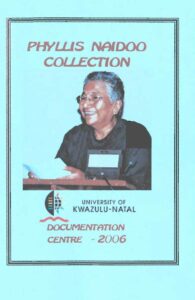